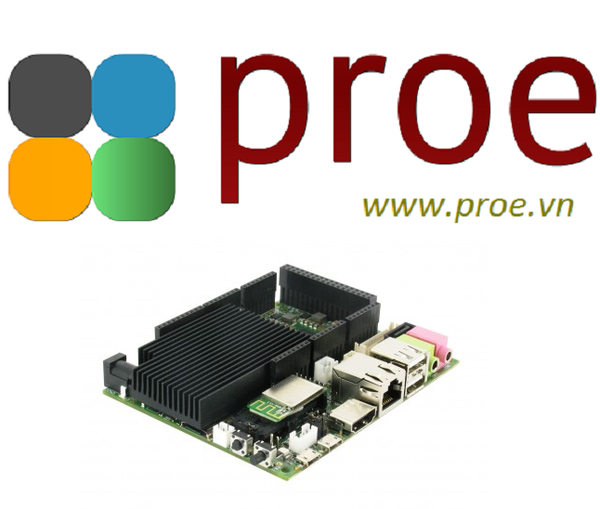 UDOO QUAD and UDOO DUAL help you move your first step in the world of makers with the reliability of a powerful open source, open hardware Arduino-powered Android / Linux Mini PC.

Launched and funded in 2013 on Kickstarter with the name of UDOO, UDOO DUAL and UDOO QUAD are the first single board computers of the UDOO family. Both the boards follow the same concept of an agile yet powerful next-generation computer, equipped with Linux or Android OS and enhanced by the simplicity of Arduino.

Born for educational applications, the project has sparked many interest in the world of makers and inventors, that have used the platform for the widest range of scopes, including Lunar Rovers, self-driving rovers, 3D printers and Electronic Control Units for cars. Although it is now a 3 years old baby, UDOO QUAD stays indeed among the most powerful maker boards in the market, ensuring a smooth user experience thanks to an i.MX6 processor by NXP (Quad Core for UDOO QUAD, Dual Core for UDOO DUAL), combining together an Arduino DUE-compatible platform based on a SAM3X8E and a Linux / Android computer based on a Cortex-A9.

The board can also be used as a computer for everyday use, but you’ll take the most out of it if you exploit it as an ARM dev board and/or as an Arduino-compatible board. UDOO QUAD finally is designed to be the cornerstone of an embedded Linux development kit, counting on a useful SATA port to attach an external hard disk, as well as Wi-Fi to be ready for the IoT environment.

Warning: UDOO QUAD and UDOO DUAL I/O pins are 3.3V only compliant. Providing shields with higher voltage, like 5V, could damage the board. Use only shields Arduino DUE-compatible (3.3V).

UDOObuntu 2, the official Operating System for UDOO, has been designed with 2 goals in mind: speed and user friendly. This new OS is armHF which means it has hard floats hardware support out of the box, even for the Arduino libraries.

UDOO runs Android 6.0.1 MARSHMALLOW including all the features of an Android device. With Arduino-compatible Embedded you have the possibility to use the Accessory Development Kit (ADK) 2012 and connect digital and analog sensors and actuators to Android.