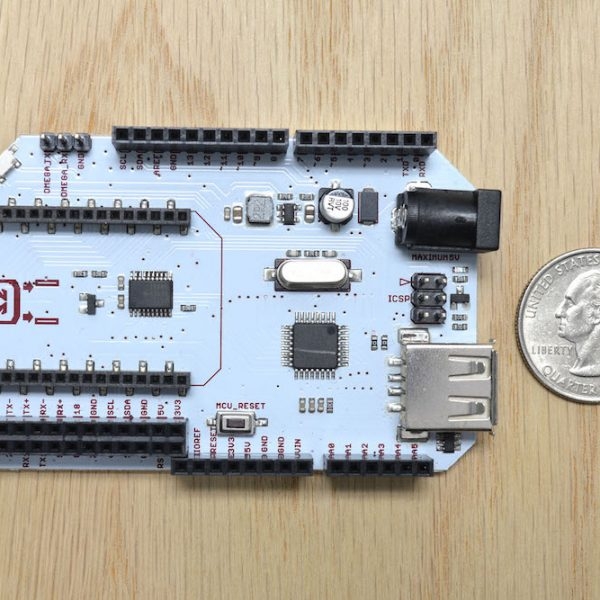 The Arduino Dock 2 allows you to supercharge your projects by combining the familiar Arduino platform with the power & connectivity of the Omega2. We strongly recommend getting a Dock for your Omega to get the best experience and most performance, functionality, and stability from your device.

The microcontroller pins are all accessible and arranged in the same way as the Arduino Uno, giving users the ability to quickly port over Arduino projects and reuse any existing Arduino Shields.

The Dock exposes several of the Omega’s features to the user:

Compatible with all Omega Expansions. Extend the functionality of your Omega by connecting one of our plug and play Expansions.

Arduino Ethernet Shield (Made in China)