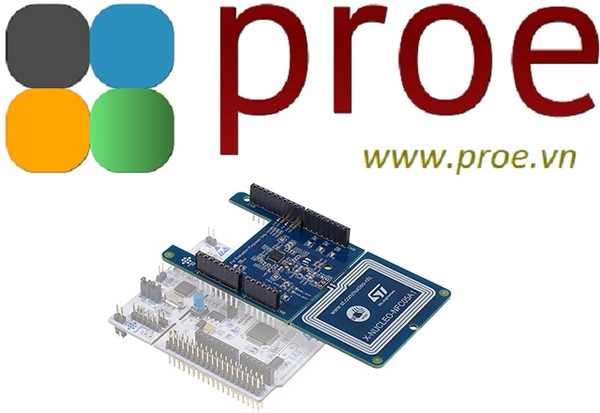 The X-NUCLEO-NFC05A1 is an NFC card reader expansion board based on the ST25R3911B.

The expansion board is configured to support ISO14443A/B, ISO15693, FeliCa™ and AP2P communication.

By default, a VHBR compatible matching is populated to achieve bit rates up to 3.4 Mbps.

The ST25R3911B manages frame coding and decoding in reader mode for standard applications, such as NFC, proximity and vicinity HF RFID standards.

The ST25R3911B supports ISO/IEC 14443 Type A and B, ISO/IEC 15693 (single Subcarrier only) and ISO/IEC 18092 communication protocols. It also supports the detection, reading and writing of NFC Forum Type 1, 2, 3, 4 and 5 tags. It contains a low power capacitive sensor that can be used for ultra-low power wake-up without switching the reader field on.

Traditional inductive wake-up to select amplitude or phase measurement can be used as well.